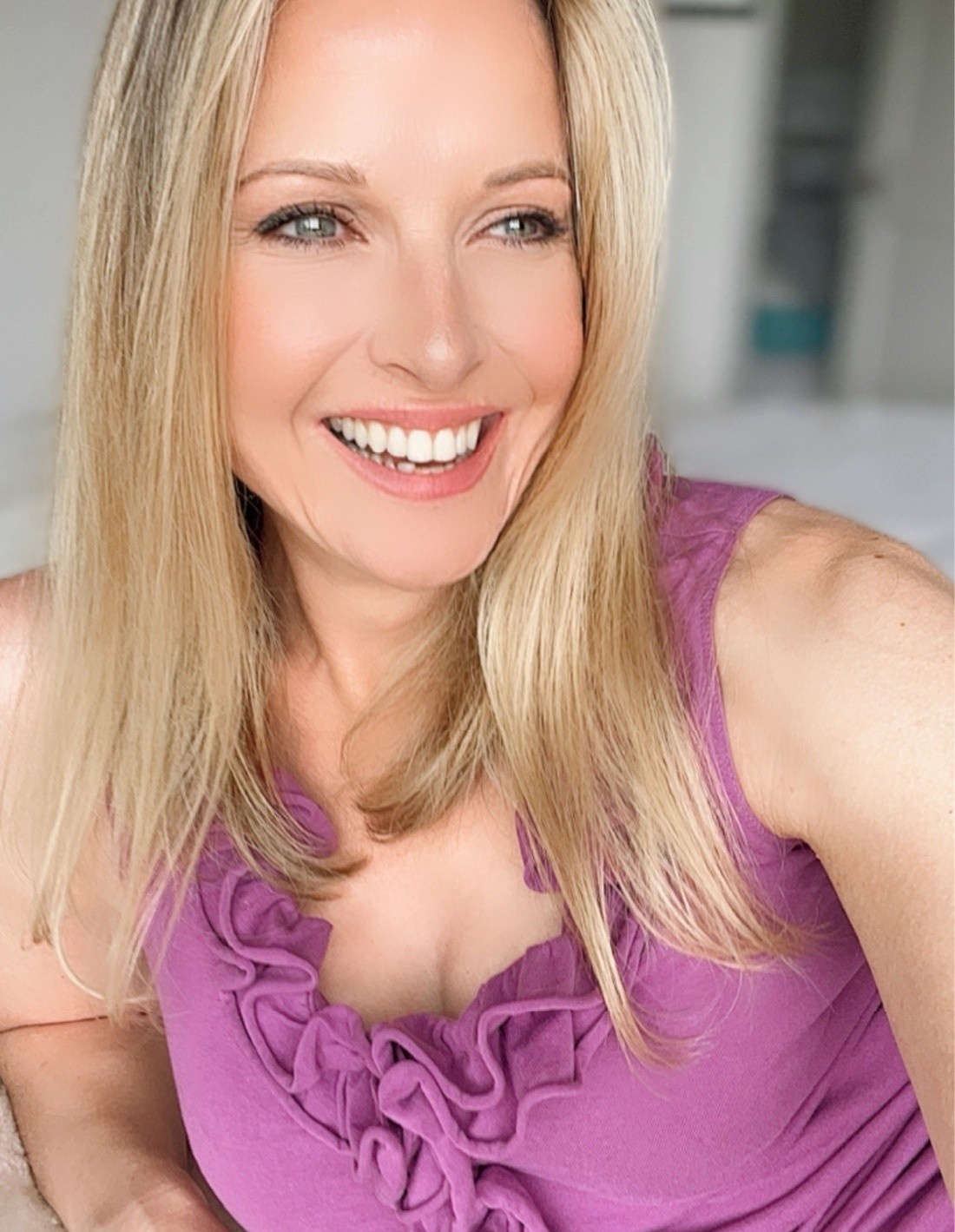 Meredith has been hailed by critics as an actress that is "exquisite, a beguiling delight possessing a refined touch in both physical and verbal humor." As a dancer with "a rare combination of spirit and vulnerability, and a lit-from-within radiance!" And her singing is "exquisite, she is blessed with a rich voice and has a glowing presence that permeates every note she sings"

Meredith is a true triple threat performer, being equally talented as an actress, singer, and dancer. In her eclectic career, she has easily excelled in theatre to television to film. She has starred on Broadway and then guest-starred opposite Emmy Award-Winning actors on major television networks with ease. She is known on Broadway for her incredible skills as a dancer both in balletic grace and tap dancing, having been compared to the legendary Ginger Rogers by the New York Times.

She recently relocated to Whitefish Montana after working and residing in Los Angeles & New York City for 25 years.

Before leaving Los Angeles Meredith launched her own Podcast “Confessions Of An Actress” on all podcast platforms, giving the listener an inside look at what life is really like in the entertainment industry. She has guests from all walks of life on the podcast, talking honestly and vulnerably about their experiences in show biz. She has bonus episodes called # WellnessWednesday which give tips and advice on keeping your balanced body mind and spirit.

The Confessions Of An Actress brand is now a book series that chronicles Meredith’s journey from the chorus to the starring role in her first Broadway musical, 42nd St. and beyond.

Before moving from New York City, Meredith completed her Jazz EP with some of New York City's finest Jazz musicians; Tedd Firth, Tom Hubbard, and Warren Vache. Produced by Meredith and Aaron Weinstein. Available on iTunes. Meredith debuted her solo jazz show "Sweet Old Fashioned Girl" at Birdland Jazz Club on 54th Street in New York City accompanied by a stellar jazz quartet of piano, upright bass, guitar and drums. She made such an impression she was asked to play a return engagement. Then the prestigious Feinstein's asked her to debut her show in August as part of their summer series.

In the theater world, Meredith has an eclectic and impressive resume. She worked for The Weinstein Company portraying the role of "Mary Barrie" in a reading of FINDING NEVERLAND opposite Broadway's Jullian Ovendon and Kelli O'Hara. She originated the role of Gwen Greene in the new musical RADIO GIRL, based on the hit 1938 movie Rebecca of Sunnybrook Farm, at Goodspeed's Norma TerrisTheater in Chester, CT. Working alongside Broadway's best creative team Christopher Gatelli (South Pacific), Daniel Goldfarb (Martin Short's Fame Becomes Me, TV's Julia), Henry Krieger (Side Show, Dreamgirls), and Susan Birkenhead (Jelly's Last Jam).

Meredith doesn't just stick to stage work, she seamlessly moves from one medium to another. Working on Broadway, TV, Recordings, and Film. She made her soap opera debut in 2009 as Francesca on ABC's All My Children. She is also featured as one of the last 3 girls for the role of Val in the critically acclaimed A Chorus Line Sony Classics documentary Every Little Step.

In January 2009, Meredith finished her spectacular run on Broadway at The Marquis Theater after originating the role of Judy Haynes in Irving Berlin's White Christmas.

Meredith is no stranger to Guest Starring on Network Television. Guest Starring on LAW & ORDER SVU, THE GOOD WIFE, MADE IN JERSEY, but she began her TV career with her hilarious role on ABC's BOSTON LEGAL in a 5 episode arch opposite Candace Bergen and Tom Selleck.

Meredith lived the classic understudy's dream come true in 2001 when she took over the starring role of Peggy Sawyer in the Tony Award Winning Revival of 42nd ST, making her Broadway musical debut. Meredith's dream came true every performance, starring on Broadway in what's been deemed the best female tap-dancing role in theater history from August 2001-August 2002. She also was the first only non-original principal to be recorded for prosperity with the prestigious Lincoln Center Archives. When her contract was up on Broadway Meredith was asked to star in a groundbreaking production of 42ND ST in Moscow. Being the first American Actress to perform in an English-speaking production in Russia.

In the summer of 2003, she graced the stage as Polly Browne in THE BOYFRIEND under the direction of the legendary Julie Andrews. In February 2004, Meredith made her Los Angeles theater debut starring as Louise Maske in Steve Martin’s hilarious adaptation of the play THE UNDERPANTS at The Geffen Playhouse for which she received critical acclaim.

Meredith's feature film debut came as Marilyn Monroe in Paramount Classics COMPANY MAN. She can be seen opposite the hilarious Bill Murray in Focus Features Film BROKEN FLOWERS, as Lady Alyssa in Disney's THE PRINCESS DIARIES II: ROYAL ENGAGEMENT, in Sidney Lumet Feature BEFORE THE DEVIL KNOWS YOU'RE DEAD, and co-starring as Katherine 'Kat' Curtis in MY SECRET BILLIONAIRE.

Meredith has always taken care of herself as a professional Broadway actress, singer, and dancer, but for years was not always doing it in a balanced way. She ate cheap processed food, slept a little and then a lot, was physically fit, but nutritionally and emotionally drained.

Mind, Body, and Spirit balance was something she craved.

Then in 2010, her personal & business life was flipped upside down. She went through a horrible sudden divorced & filed for business bankruptcy in the same year. Many of the people she loved and trusted, just went away and ghosted her. Meredith calls it her period of "exfoliation", because she learned to slough them off like dead skin cells. A visual she thanked her therapist for giving me. It was a time of broken promises and a lot of pain and mistrust. Meredith's mental and physical health was at an all-time low. She was desperate to find her way back to me, thrive, and flourish.

Meredith had to push through this desperately low time....to find the happiness, health, and personal wealth she has now.

Within 6 months she met the love of her life and begin to rebuild her career. Meredith had clarity like she never had before and was trusting her gut instincts again about people, her career, and her direction in life. No longer did she apologize for feeling the way she did, and she finally had the strength to say no to so many toxic people and relationships.

This is what it means to lead a holistic life. To be authentic and true to you and your journey.

It is bio-individual that only you know what direction in life is right for you.

Nutritionally, Spiritually, and Physically, Meredith thrives on guiding & mentoring personal clients to their best health and best self.

10 years ago, she aligned herself with the phenomenal company Arbonne International, as they are in complete alignment with all she has been taught holistically. They are pure, safe, beneficial, environmentally conscious, a certified B Corporation, and give my clients (and myself) the best products on the market.

If you are interested in private coaching with Meredith.

Email me for rates and scheduling
All coaching is Virtual (Canada & United States)
Arbonne Consulting & Shopping
Follow me on Instagram @MerPatterson
Health is Wealth & Bliss is Your Birthright,